Too Many Emperors was

I'm happy to announce that as of October 11, 2020 my fantasy novel is out. Gold Tower, Red Tower.

This is Book II of the Roman Emperor series. As of August 25, 2012, I have completed it and am finalizing the proof. Look for publication in September 2012. The book will cover the last 3 years of Nero's reign and the Year of the Four Emperors. Major events:

Uncertain if I will write more in this series but below are images on the cover of TME... 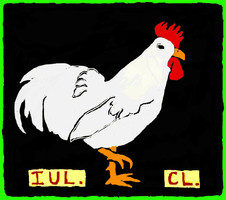 Sacred Chicken flock to the Julio-Claudians

Front cover of Too Many Emperors